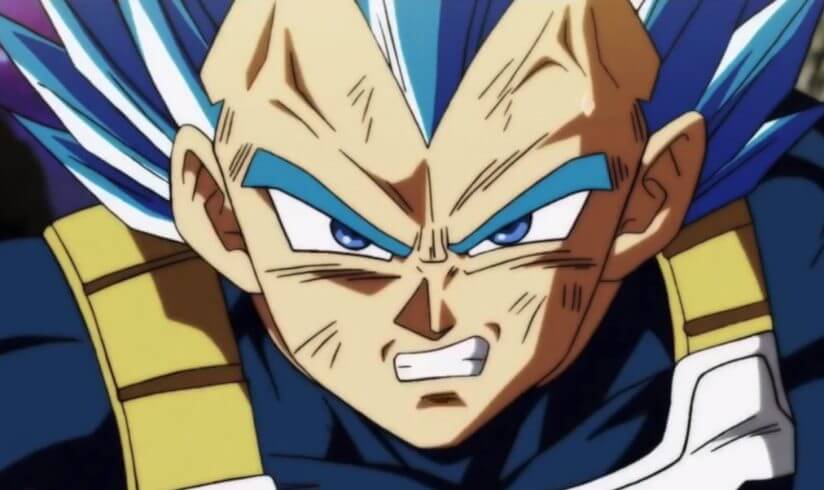 Dragon Ball is a series known for its oddball character design, with each character having bizarre yet defining traits. Krillin has his shiny cueball head, Goku has his goofy poofy hair, and Vegeta has his famous widow peak hairline! We are going to take a deep dive into Vegeta’s hairline and answer everything you ever wanted to know about Vegeta’s hairline (and probably some things you didn’t)

The official name for the pattern of Vegeta’s hair at the front of his head is called a Widow’s Peak. This is where the hairline recedes into an M shape and is thought to be genetic. In real life, our Vegeta award for the greatest Widow’s Peak has to go to British Soap star Simon Gregson, who plays Steve McDonald. 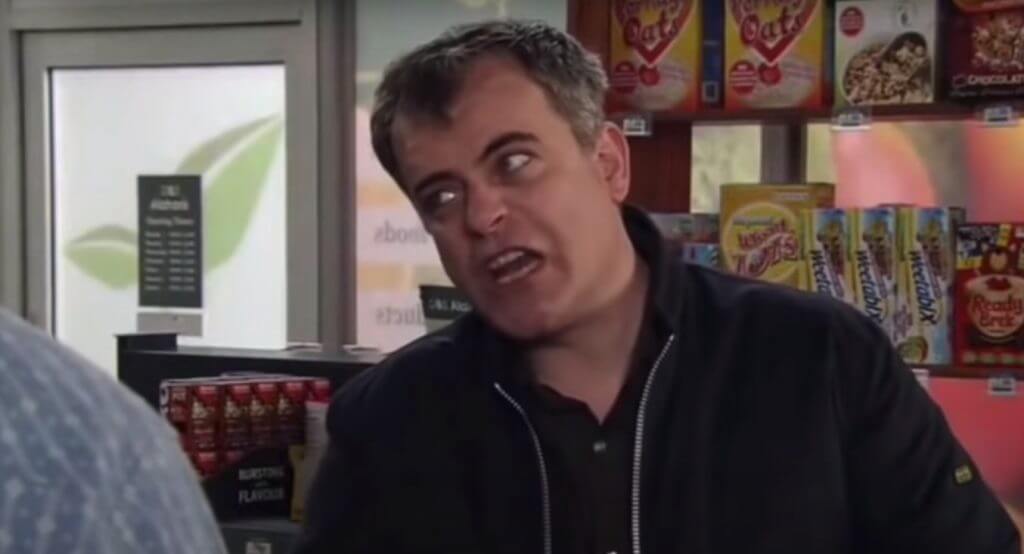 Vegeta inherited his Widow’s Peak from his Father.

Poor Vegeta! If you look at his Father’s hairline, you know what he didn’t stand a chance. King Vegeta has his own glorious Widow’s Peak, as you can see from this photo above, but sadly Prince Vegeta inherited his fathers Widow’s Peak and not his title. 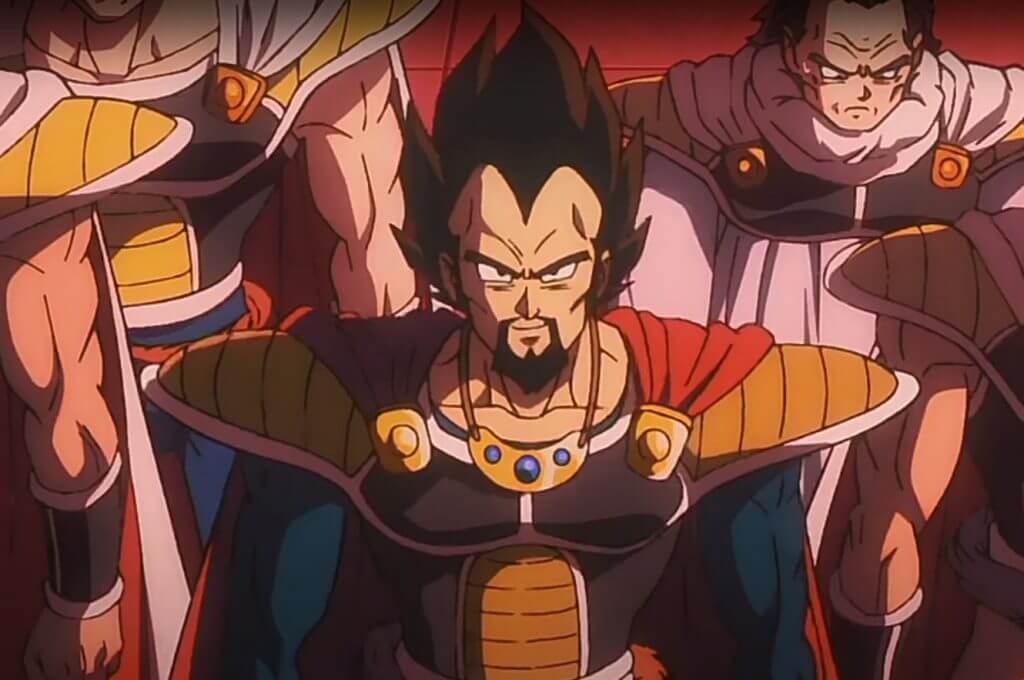 Did Vegeta have a Widow’s Peak as a child?

Due to some inconsistency in young Vegeta, there are images of young Vegeta with both a Widow’s Peak and without. In a Dragon Ball Super flashback, we see young Vegeta has a bit of a receding hairline, but not really his signature Widow’s Peak. 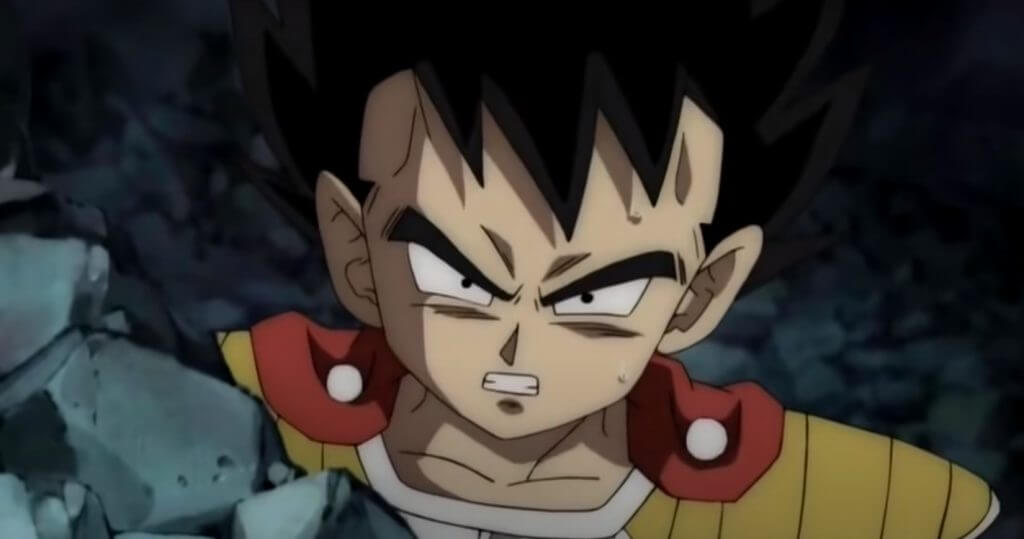 While in the movie Dragon Ball Super: Broly, you can see Young Vegeta has a really pronounced Widows Peak already. In the world of anime, retcons are common, so we are inclined to believe the most recent portrayal of Vegeta of canon, so Vegeta did indeed have a Widow’s peak as a child. 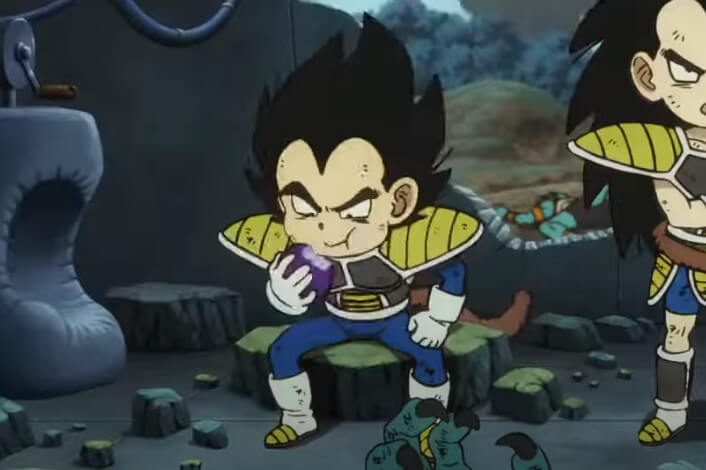 How can Vegeta develop a widows peak if Saiyans hair don’t change?

While it’s true that a true full bloodied Saiyan never needs to get a haircut, sorry Gohan and Trunks, that doesn’t mean their hair doesn’t change as they get older. The best example being Nappa who once had a beautiful Mohawk which sadly disappeared by the time he came to Earth. So it’s possible that Vegeta’s hairline could have receded as he got older meaning we don’t know which of the images above are true canon!

Why does Vegeta have a Widow’s Peak?

The answer to almost every question in the Dragon Ball Universe is “Because Toriyama made it that way”. And Vegeta’s hairline is no exception. While we can’t look into the mind of the genius that is Toriyama, we can speculate that Vegeta’s Widow’s Peak is a deliberate design choice.

Vegeta is a few years older than Goku, and a receding hairline is one way to immediately demonstrate this to the audience, even though Vegeta possibly had it from a young age. Receding hairlines and baldness have long been associated with more testosterone and ‘manliness’, so this immediately indicated Vegeta might be stronger than Goku.

To show just how pronounced Vegeta’s Widows Peak is, there are a few famous memes knocking about showing Vegeta with his Windows Peaked Photoed shopped out. Once you see it, you can’t unsee it!

We can’t be 100% sure where this meme came from, but the earliest we’ve found for it is from 2015 on this Reddit post. 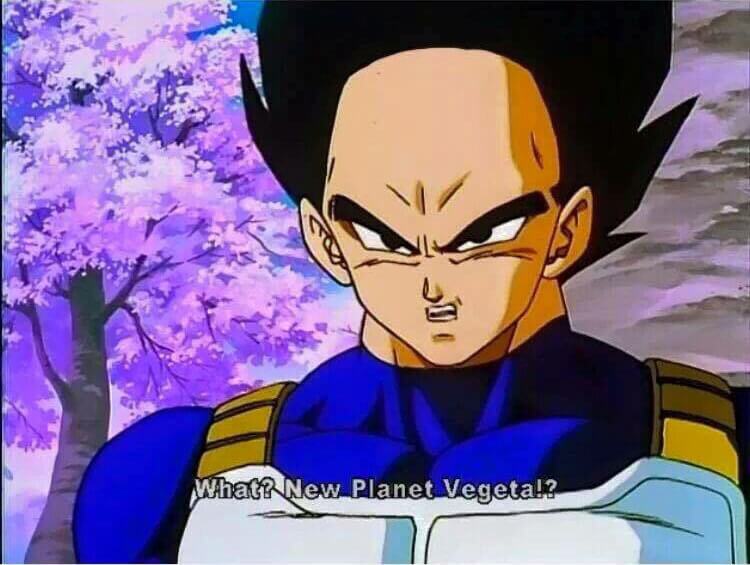 As if you hadn’t seen enough, a more recent meme someone posted to Reddit shows Vegeta with no hair. It’s very unsettling, to say the least, and shows you why you shouldn’t take anime character design too seriously. 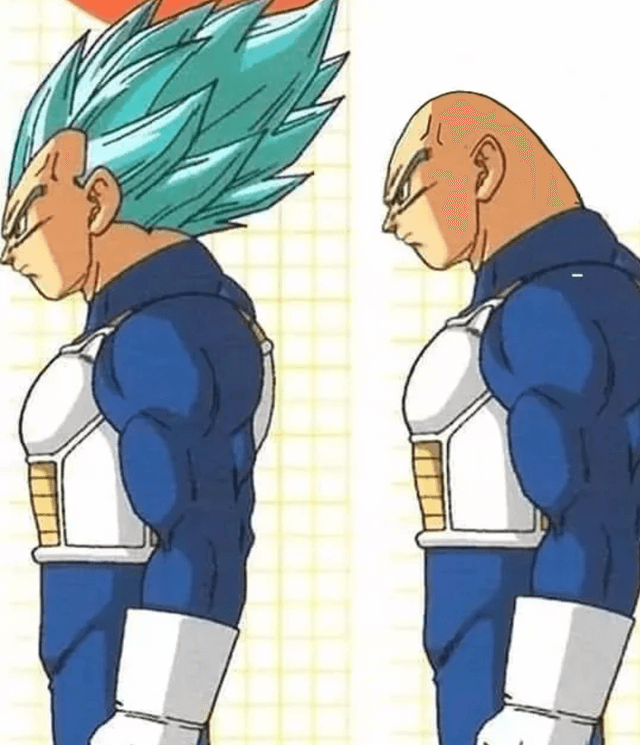 Thanks for reading!!! Click Here to read more articles about Vegeta and if you'd like to see any of our Character Profiles, please click here. If you have any feedback please feel free to use our contact form.

What if Krillin killed Vegeta?