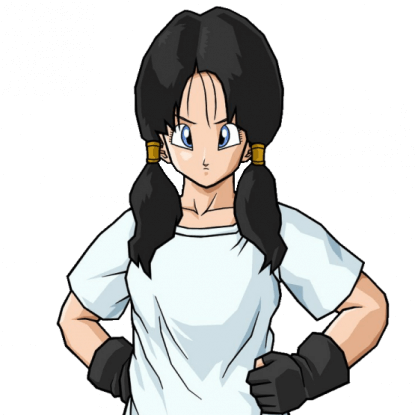 Videl may look like an innocent girl, but she is actually one of the toughest fighters on Earth. Despite the disadvantage of not being trained in Ki, she still manages to rise to arguably the strongest non-Ki human, as it’s speculated she is stronger than he father, the might Mr Satan himself.

Even stronger than her punch is her determination, and when Videl sets her mind to something, her indomitable spirit finds a way to make it happen. Whether taking down a criminal on the street or learning to fly despite no Ki background, Videl, like other Dragon Ball characters, always finds a way to overcome her limitations.

But Videl’s bright future as a martial artist was cut short when she married Mr Pacifism himself Gohan and settled down to raise their child Pan and support Gohan in his academic studies.