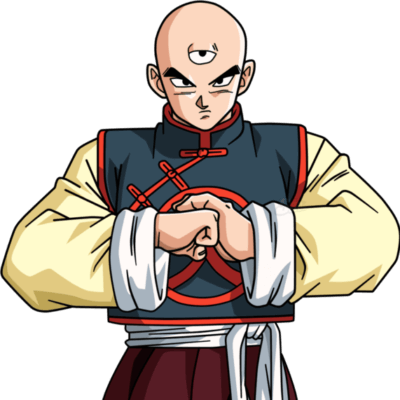 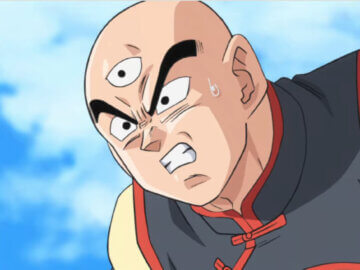 Tien is a human who was first introduced to us as an adversary to Goku but eventually befriends him and would go on to help defend the planet from attack countless times.

Tien was originally part of the Crane School of Martial Arts where he’d go on to meet his best friend Chiaotzu. At several points through the show he is the strongest human alive, and he generally would switch between the 1 and 2 spot with Krillin.

One of the more notable features of Tien is his 3rd Eye which is due to him being part of the Three-Eyed Clan. So although he’s technically a human, he has some wierd alien DNA in him that gives him his strange apperances.

Tien was a student of the Crane School, which focused heavily on Ki based techniques. As such, Tien’s fighting style is heavily based on Ki Manipulation, and he has one of the most versatile Ki toolkits in all of Dragon Ball, from powerful blasts to defensive techniques like Solar Flare and MultiForm.

When it comes to training, Tien is one of the best work rates of anyone. He constantly keeps himself in fighting condition and is one of the few characters who kept himself battle-ready from Dragon Ball through to Dragon Ball Super, performing well in both early World Martial Arts Tournaments and the Tournament of Power.

Tien has also proven himself to be a brilliant teammate, and even though his power level became increasingly overshadowed by the likes of Vegeta and Goku, he still managed to show extreme bravery. He single-handedly held back Semi-Perfect Cell despite it meaning he would die, he was part of the last stand against Super Perfect Cell to help Gohan finish him off, and he tried to defeat Nappa despite only having one arm.

So it’s hard to criticise Tien as a warrior, as he is both tactically smart and brave. However, his biggest weakness is simply his lack of power. Unfortunately, Humans aren’t that strong in the DB universe, and there was always going to be a ceiling to what Tien could accomplish. But despite his Human limitations, he never stopped training and never stopped helping the Z warriors defend the Universe.