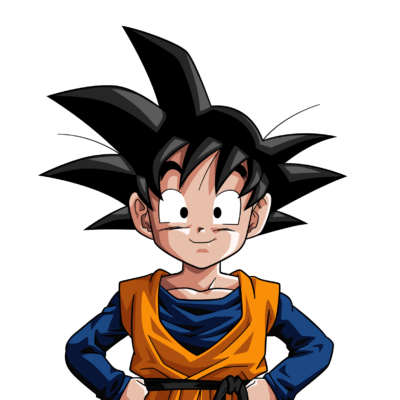 How old is Goten?

How old is Goten?

Goten is the youngest son of our favourite Saiyan, Son Goku and his wife Chi-Chi. Other family members include his big brother Gohan, his step-sister Videl and his niece Pan. Also you could also argue Goten has the mighty Mr Satan as a family member, but we’re not sure what you’d call a brother’s wife’s father.

Being a half-Saiyan / half-human hybrid he is a very powerful warrior for his age, and learnt how to become Super Saiyan at just seven years old. While Goten didn’t really have any great battles by himself, when he fused with fellow half-Saiyan Trunks to become Gotenks, he was able to turn Super Saiyan 3, and give Majin Buu a good run for his money.

Goten is a child for all of Dragon Ball Z / Dragon Ball Super, and hasn’t really been in that many perilous situations. If we compare Goten to his brother Gohan, he faced down Raditz, Nappa, Vegeta and Frieza before he hit puberty, while Goten only really faced Majin Buu, and that was with a lot of help from Piccolo and Trunks. As a result, Goten isn’t a very serious fighter and so has a pretty relaxed and goofy fighting style.

When it comes to training, Goten has certainly put the hours in, as it’s impossible to become Super Saiyan without training at a superhuman level. But Goten views training as more of a game than a life or death vocation, unlike Goku and Vegeta, who did their best training when their backs were against the wall. And in terms of his sparring partners, we don’t think Chi-Chi would have been able to teach Goten that much. Luckily he had Gohan to train him, but Gohan also had his own life to get on with and probably didn’t train him that vigorously. Goten’s strongest training was probably with Piccolo alongside Trunk when training for Majin Buu.

Goten’s fighting style is modelled after Gohan’s hybrid style of Turtle School and Piccolo School martial arts. So from an early age, he’d have a good grounding in hand-to-hand combat and Ki techniques after being trained by Gohan. Being born many decades after Goku, Goten would have benefited from the combined knowledge that the Z fighters had to gain bit by bit. So things like Ki sensing, power level manipulation, flying, and Super Saiyan should be 2nd nature to someone like Goten, which should theoretically give him an edge over other fighters. However, Goten is still really young and hasn’t been fully battle-tested, but if his brother Gohan is anything to go by, and his non-canon counterpart in Dragon Ball GT, then Goten likely won’t reach the potential his Saiyan DNA is capable of.