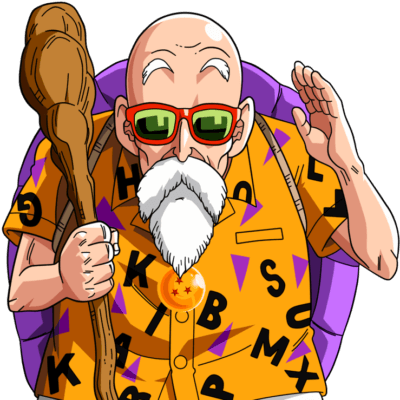 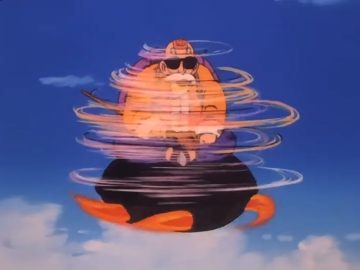 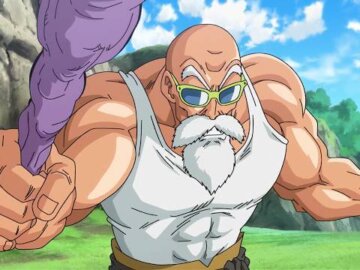 
Who is Master Roshi?

Master Roshi, also known as the Turtle Hermit, is one of the wisest and most powerful humans ever to have lived, even though he looks like an old geezer! He’s been a student of martial arts for over 100 years and started his own Turtle School to teach youngsters the ways of the Turtle Hermit. Goku is probably his most famous student, but he also taught the likes of Krillin, Yamcha, Grandpa Gohan and the Ox-King.

Even though Master Roshi appears to be in a state of semi-retirement throughout Dragon Ball, he still manages to beat Goku in the World Martial Arts tournament during Dragon Ball and competes in the Tournament of Power to help save Earth. Still, he seems to spend most of his time living on his private island Kame House, watching TV and flicking through grown up magazines.

Master Roshi is one of the greatest and most influential Martial Arts teachers on planet Earth. His main role in Dragon Ball was training the likes of Goku, Krillin and Yamcha, and teaching them the almighty Kamehameha.

Even though he is over 100 years old, he posses such a high fight IQ, and near perfect fighting technique, that he is able to fight opponents much younger and stronger than him. He’s a fighter who always punches above his weight, and even manages to knock out some extremely strong fighters during the tournament of power.

Most of the time when we see Master Roshi, he is in retirement and so not training. He doesn’t have a single fight in Dragon Ball Z. But we know that he’s dedicated his life to martial arts, spending countless decades perfecting his Ki techniques. And we know he started training in secret around the time of Dragon Ball Super. So we can only assume trains like a demon when in fight camp, and probably is the most diciplined and efficient trainer of all the Z fighters.

Due to lacking lightning fast speed and extended stamina, Master Roshi’s fighting style is very conservation and defensive, choosing wisely when to strike. His battle experience, sharp reflexes and technique more than makes up for his shortcomings, and he can often outmanoeuvre his opponents when in the right fight. In 1 v 1s against vastly surpior opposition like a Frieza, Cell or Majin Buu, Master Roshi wouldn’t stand much of a chance. But against similar level opposition, and as part of a team, Master Roshi’s best attributes can really shine.