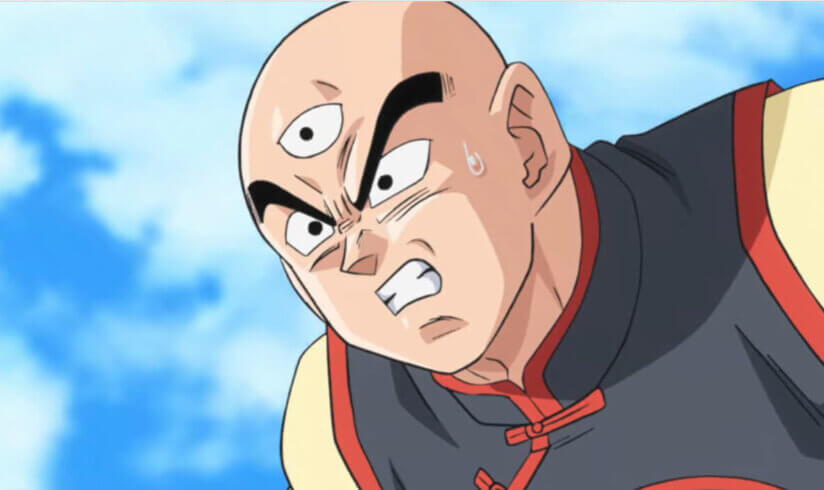 In the Dragon Ball Universe, it doesn’t seem possible for Toriyama to only create normal characters. We have a monkey boy with a tail, a shapeshifting pig, a little white baby-man and a giant green alien. So the existence of the three-eyed warrior, Tien, should come as no surprise. But Tien’s 3rd-eye is never really addressed in the show, so why does Tien have 3 eyes?

Tien is a descendant of the Three-Eyed clan, giving him 3 eyes. Tien is technically not human and is either an alien or a mutant.

He is a reclusive and highly devoted martial artist. Initially he was a Crane School student and desired to take revenge on Goku for defeating Mercenary Tao, his mentor.

Master Roshi made him realized he was wrong. His character is introduced as an antagonist who beats Yamcha and has battled Goku in a martial arts tournament. Tien is mostly seen training with his best friend, Chiaotzu.

Tien’s character evolved into a close ally of Goku, and he has assisted Goku and his friends in several battles as well. He has also helped Nappa in the Saiyan Saga.

As incredible as Tien is, his powers aren’t anywhere close to that of Goku. Since his character has made peripheral appearances, the shows haven’t yet offered an explanation for who he really is and why he has three eyes.

What’s The Mystery behind the Third Eye?

The franchise creator Akira Toriyama and DB guidebooks have provided some details about this character and its origin.

Tien is a member of a race called three-eyed people. He is classified as an earthling, but he isn’t 100% human.

The guidebooks say that the three-eyed race settled on the planet earth and formed their tribe.

Tien, one of the distant descendants from this tribe, is the only member seen in the Dragon Ball world. It is unclear if he is the last of his kind.

Does Tien’s 3rd-eye give him superpowers?

As explained by Toriyama, the third eye gives three-eyed people the power of true seeing.

Tien apparently lost access to this ability when Master Shen, a villain, trained him because this eye is meant to be used for virtue only.

Although he has lost this power, Tien can grow extra arms (which is a quality unique to his race). This eye is real, he can move it around, and even fire ki blasts out of it.

The character of Tien is inspired by Chinese culture. His name, style of martial arts, and the third eye – the Chinese influence can be seen on all these characteristics.

Tien is not the only character to have deep Chinese cultural ties. Chiaotzu, his loyal companion, is a character based on the vampires from Chinese folklore.

Originally, Tien was a cold-hearted warrior, never caring for anyone’s life except his mentors and fellow students.

He eventually changes his demeanour under the mentorship of Master Roshi and Goku’s friendship and evolves into a highly respected warrior on Earth.

When Goku meets an enemy he either kills them or they become best friends, no middle ground!

Tien is a character we’ve always liked since the Dragon Ball days. So it was great to see him as one of the chosen 10 for the tournament of power. Let’s hope he gets some kind of 3-eyed monster super transformation that lets him go toe to toe again with Goku!


Thanks for reading!!! Click Here to read more articles about Tien and if you'd like to see any of our Character Profiles, please click here. If you have any feedback please feel free to use our contact form.