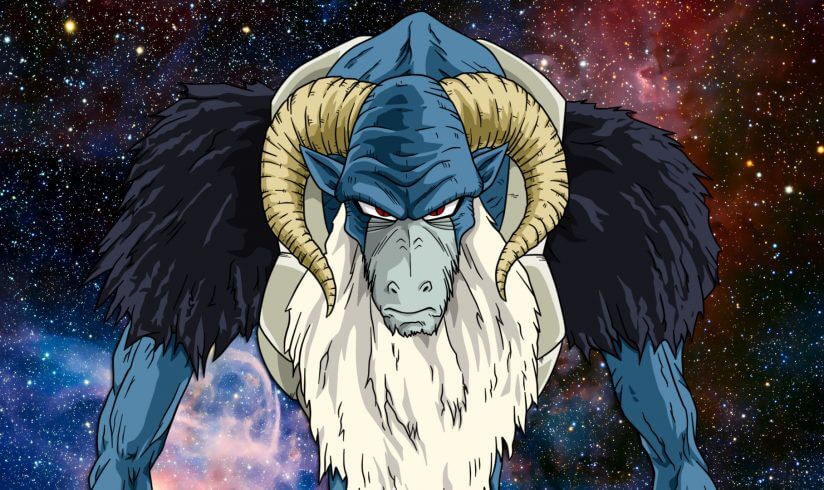 Just when Goku and Vegeta think the Universe is safe from another existential threat, along comes Moro! But we haven’t actually seen Moro in any anime yet, which begs the question, is Moro canon?

Moro, AKA Planet-Eater Moro :O, is the main antagonist of the Galactic Patrol Prisoner Saga, which chronologically occurs after the Tournament of Power in Dragon Ball Super. He’s an ancient and powerful wizard who gains energy from eating planets, as his name implies, until his magic is sealed away by the Grand Supreme Kai.

He was then held captive by the Galactic Police for 10 million years until…surprise surprise, he escapes and takes up his old hobby of eating planets and gaining power. But will Super Saiyans Goku and Vegeta be able to stop this evil planet-eating wizard?

Is Moro a goat?

No, Moro is not a goat; he is an alien from deep space where Earth-based Goats don’t exist! However, you could say his appearance is distinctively goat-like, and a good way of describing him would be a blue humanoid goat.

His appearance is similar to other deities in mythology, such as the Minotaur or Pan (Not to be confused with Goku’s granddaughter Pan) from Greek Legend and the Baphomet from Knights Templar Legend. It certainly seems that Moro’s character creation was inspired, even indirectly, by these mythical gods.

Why is Moro canon?

In Dragon Ball, there is a pretty strict definition of canon, which is only characters or events from the Manga written or outlined by Akira Toriyama himself. There are a few exceptions, such as the Dragon Ball Super: Broly movie, but generally, as a rule of thumb, if it ain’t in the Manga, it ain’t canon.

So Moro not being in anime doesn’t affect his canon status. You could currently say Moro is part of the anime canon, but this is obvious because he doesn’t appear in any manga yet. But when Dragon Ball Super Season 2 comes out, Moro will successfully be in both the Manga Canon and the Anime Canon.


Thanks for reading!!! Click Here to read more articles about Moro and if you'd like to see any of our Character Profiles, please click here. If you have any feedback please feel free to use our contact form.

How old is Moro?

How old is Moro?
Is Bardock alive?