How did Frieza survive the Spirit Bomb?

After a gruelling battle on Namek between Frieza and Goku, it was clear Frieza was in a different league to Goku. No matter what new heights Vegeta and Goku reached Frieza was always several steps in front of them.

Goku knew that he didn’t stand a chance against Frieza in a conventional fight, so he had to get creative. He then put all his ki and every living thing on Namek’s Ki into King Kai’s ultimate technique the Spirit Bomb.

As he launched this massive Ki attack, in episode 94 of the Frieza Saga, everyone, including Goku, thought Frieza should be dead…but he wasn’t!

The biggest question on my childhood lips and Goku, Gohan Krillin and Piccolo’s lips were how did Frieza survive the Spirit Bomb?

Frieza survived the giant Spirit Bomb as the Spirit Bomb was relatively weak. It only drew energy from Namek, which was almost devoid of life-giving Ki. Frieza was also much stronger than Goku and Freiza is an expert at manipulated Ki blasts.

This statement seems kind of unfair as it was by a large margin, the biggest spirit bomb we ever saw.

The spirit bomb that wounded Vegeta was tiny compared to this one. However, we also know how powerful a spirit bomb can be as one defeated Kid Buu, who was much stronger than Frieza.

The Spirit Bomb technique takes energy from all living things that the creator can reach. At this point, Goku could only get Ki from Namek and surrounding planets, which were pretty much devoid of life.

The spirit bomb is a rare technique as it allows the user to produce a Ki attack much more powerful than they can ordinarily create. Goku’s power level was only 3 million at his peak before he turned Super Saiyan.

Frieza’s max level was 120 million. So even though Goku was making an attack that would have killed him several times over, it just wasn’t enough to kill Frieza. Frieza kept hiding his actual power level, and it took him a while to get to 100%.

So we can forgive Goku for underestimating Frieza, and thinking that Spirit Bomb might kill him.

We also know Frieza could survive in the cold of space while chopped up, to be revived as Mecha Frieza, so he must be tough as old boots.

Frieza is no stranger to large Ki attacks.

Just ask planet Vegeta about how could Frieza is at manipulating Ki. From his world busting death balls to his precise laser blast, Frieza has a natural ability to manage Ki.

We would even see him escape some God of Destruction Ki in Dragon Ball Super, which Goku struggled to free himself from.

So if anyone should be able to defend himself from a Ki blast that it should be Frieza. We see the Spirit Bomb explode right in his face, and it looked pretty painful.

But we have to assume Frieza’s knowledge of Ki helped him limit the damage. Maybe he was able to absorb some of it or deflect it away.

Like a good magician, Frieza didn’t actually do anything magical but left his audience in awe. Through sheer natural ability and technique, he surprised everyone and survived a blast that no one thought he should survive. But in reality, it would take an attack much stronger than that to defeat the mighty Lord Frieza. 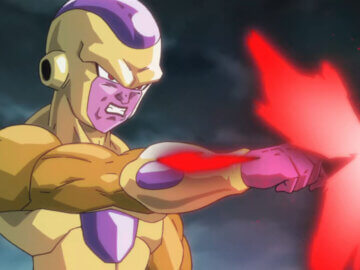 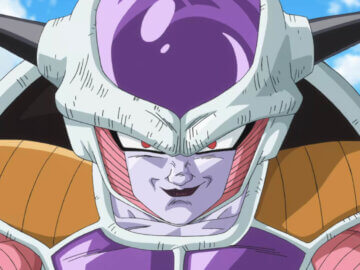 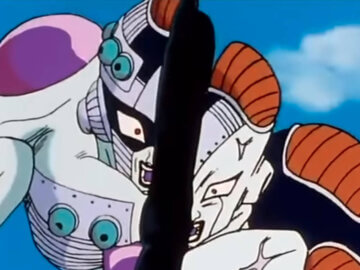 Who killed Frieza?
How old is Frieza? 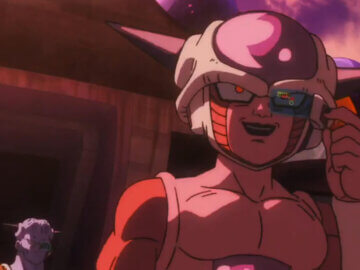