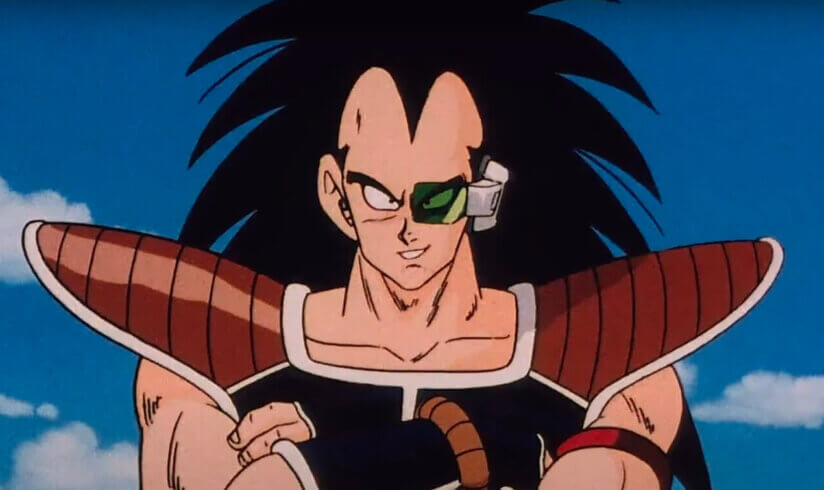 Raditz burst onto the scene in Dragon Ball Z, catching everyone’s attention when he knocked out both Krillin and Goku in just one hit each. When the gang encountered Raditz, he was the strongest warrior they’d battled, but it only took a year of training for every single Z fighter to become stronger than him. So just why

Raditz was weak because he was only a low-class Saiyan and didn’t receive proper training or learn the best techniques to make the most of his Saiyan body.

What is Raditz Power Level?

So really, Raditz wasn’t that weak and was almost four times stronger than Earth’s mightiest warrior Goku. However, compared to his Saiyan comrades, Nappa had a power level of 4,000 and Vegeta 18,000, making Raditz pretty weak in comparison.

Raditz was only a low-class Saiyan

Saiyan’s are a pretty deterministic bunch, and they assign babies classes based on their power levels. So if you ask a Saiyan Doctor why Raditz is so weak, they’d say it’s simply because Raditz comes from low-class Saiyan stock.

However, the biggest argument against this theory is Goku, who is the same low-class Saiyan, but pretty much became the strongest fighter in the universe.

So Raditz may have started out weaker and not had the confidence to become stronger because he was a low-class Saiyan, but that’s not the only reason he is weak.

Another reason why Raditz was so weak was that he didn’t really receive the best training.

We’ve seen first-hand what Saiyan’s are capable of when trained properly. Just look at what Goten and Trunks were able to achieve as children.

Had Raditz been in the right environment and had the right teachers, he’d definitely been able to learn Super Saiyan and would have wiped the floor with the likes of Piccolo and Frieza.

Raditz wasn’t even able to sense Ki, which shows his lack of understanding of it.

Sure he could brute force a few powerful Ki blasts, but if he’d trained with Master Roshi, Kami and King Kai, he’d have a much stronger basis for growth in power.

Why was Raditz so weak? – Final Thoughts

Sadly, Toriyama did Raditz dirty and didn’t really give him a chance to grow as much as Goku or Vegeta. Goku having a brother was a really interesting and shocking plot point which then wasn’t ever explored further after Raditz died. So the real reason Raditz is so weak is because he was a stepping stone for Goku to fight Vegeta, and eventually Frieza. If Raditz was super powerful and destroyed earth straight away then Dragon Ball Z would have been very short indeed.


Thanks for reading!!! Click Here to read more articles about Raditz and if you'd like to see any of our Character Profiles, please click here. If you have any feedback please feel free to use our contact form.