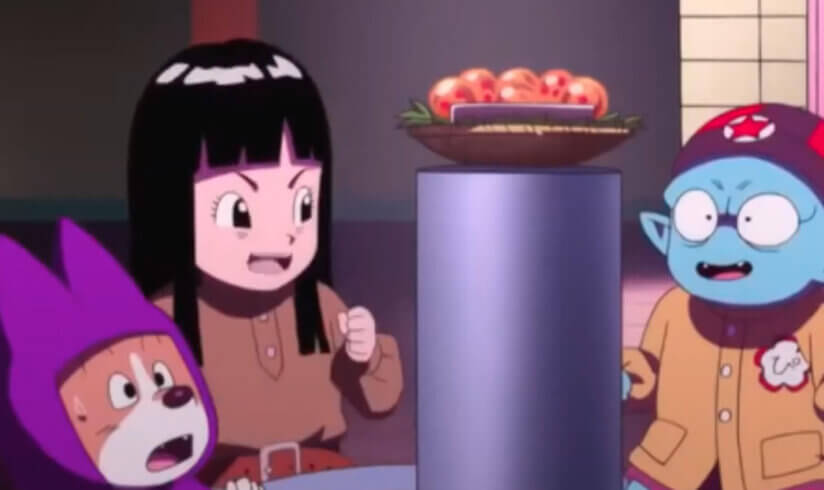 Why is Mai a kid in Dragon Ball Super?

Old school fans of Dragon Ball will remember Mai as a long term member of the Pilaf gang. The last time we saw her in Dragon Ball Z she was an adult so why is Mai a kid in Dragon Ball Super?

Mai is a kid in Dragon Ball Super because Emporer Pilaf used the Dragon Balls to wish his Pilaf gang to be young again during the Android Saga. Mai did want to be younger, but she didn’t want to be a child.

Although you might call this a slight retcon as it isn’t mentioned in Dragon Ball Z, it turns out the Pilaf gang was very busy during the Android Saga. Just before Piccolo died in Age 767, the Pilaf gang made the wish to be young again. This would explain why no one noticed as the Dragon Balls disappeared after the wish was made.

How old is Mai in Dragon Ball Super?

Despite having the appearance of a child, we the audience knows Mai has the brain of an adult. But she almost gives herself away as she says she’s 41 when Bulma asks her when she has the body of a 10-year-old. This would put Mai’s birth year at 737, making her the same age as Goku!

Even though Dragon Ball GT isn’t canon anymore, many fans still remember Mai from the series. The Pilaf gang actually puts events in motion by using the Black Star Dragon Balls to turn Goku into a child. So it seems like a cruel irony that they were turned into children from a wish from the regular Dragon Balls when their non-canon counterparts did the very same thing to non-canon Goku. Maybe this is a little in-joke the writers are having with the DB fans brave enough to watch GT.

Even though the Pilaf gang storyline came out of nowhere, we really enjoyed their addition to the series. They added some great comic relief and allowed more focus to be given to Trunks and Goten, which is always a good thing.


Thanks for reading!!! Click Here to read more articles about Mai and if you'd like to see any of our Character Profiles, please click here. If you have any feedback please feel free to use our contact form.