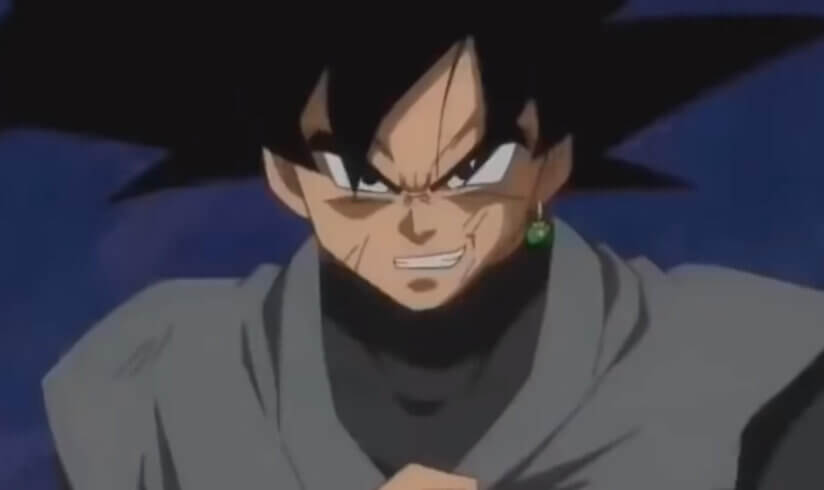 Who is Goku Black?

When it comes to the most powerful warriors in Dragon Ball Anime, there is no doubt that Goku is one of them. But one episode there appeared to be more than one Goku onscreen who looked identical to our Goku and who called himself Goku Black. But the question here is who is Goku Black?

Goku Black is Zamasu, a former North kai apprentice from Universe 10. He switches bodies with Goku by using Super Dragon Balls. After that, he kills Goku, his family and becomes Goku Black.

Who is Goku Black?

Brace yourself because there’s a pretty complicated backstory to this character. He is the main antagonist of Future Trunks Saga.

He appeared in the timeline of the Future Trunks at an unknown time.

At the age of 796, he arrives on Earth and fights the Future Trunks for an entire year.

He kills as many humans as he can to a point where humans extinct from the Earth.

Zamasu originally had a pure heart. But since Future Trunks broke the law by manipulating time, Zamasu starts developing negative emotions against mortals.

The feelings built up for years to the point where he starts questioning if the mortals should be judged by Gods, but then one battle with Goku changed his entire views about mortals.

Seeing a mortal having more power than him made him believe that mortals could be a threat if left unchecked.

Zamasu then makes up his mind…

TO DESTROY ALL MORTALS!

In the unaltered timeline, Zamasu kills his master Gowasu to launch the “Zero Mortal Plan”.

He decides to use Super Dragon Galls to swap bodies with Goku and kills his old body (in which the real Goku is trapped).

He takes the name Goku Black and uses the Time Ring to jump to a second timeline where Future Trunks live.

Doing this sets off the chain of time alerting events called the Future Trunks Saga in Dragon Ball Super.

Goku Black is identical to Goku, but there are a few differences.

For instance, he is slightly slimmer than Goku and has a darker skin tone.

Of course, his personality is different from Goku too because duh he’s actually Zamasu. He is also sadistic and you will find him taunting his enemies.

His Powers and Accessories

The scary part is that Black can tap into a majority of Goku’s powers.

Through his previous encounters with Goku, Zamasu cleverly learned about Goku’s power.

Remember when he told Goku what he did to his family, making him erupt in anger and intensity his powers? That’s how he learned how to turn anger into power!

Black’s recognizable attributes are his accessories. He wears a Potara earring and a time ring, which he stole from his master.

All Supreme Kai wear Potaras. They grant power and allow them to fuse with other Kais wearing a Potara.

A time ring allows Kai’s to travel through time without affecting anything.

That’s exactly what Black does. He uses the ring to enact his evil plan and kill all humans. Potara and time ring together prove to be powerful accessories.

Even though Goku Black was completely evil, we think he had a really cool character design and looked totally badass! When he first burst on the scene it was a complete mystery as to who he was, but it turns out the Dragon Balls were behind him….big surprise!


Thanks for reading!!! Click Here to read more articles about Goku Black and if you'd like to see any of our Character Profiles, please click here. If you have any feedback please feel free to use our contact form.