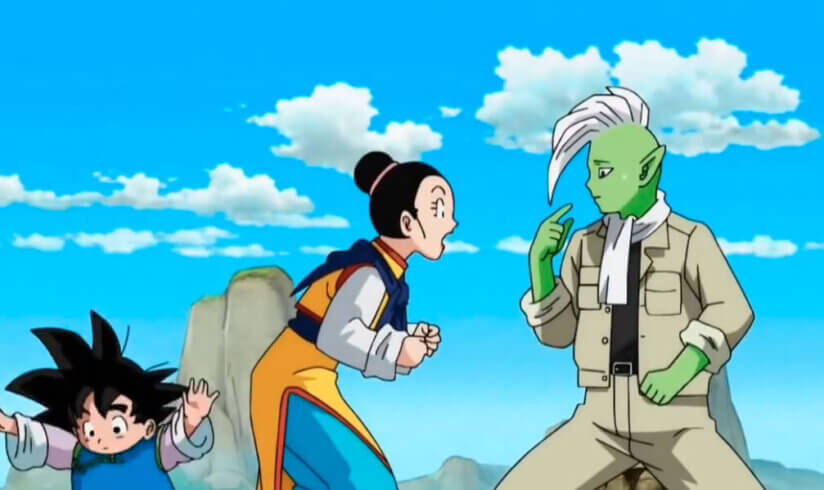 How did Zamasu get Goku’s Body

When Goku Black first appeared audience were shocked everywhere at the vile and horrible things he had done according to Future Trunks. So fans were slightly relieved to learn that Goku had body swapped by Zamasu, and it wasn’t actually Son Goku that committed these atrocities. But at the same time, fans were still puzzled at just how did Zamasu get Goku’s Body?

Zamasu got Goku’s Body by using the Super Dragon Balls to summon Super Shenron and then wish to swap bodies with Son Goku. Zamasu travelled into the future using his time ring to target a future version of Goku, not the Goku from the present timeline.

What are the Super Dragon Balls

They are absolutely massive, being the size of planets, and are used to summon a solar system sized beast known as Super Shenron.

As you can imagine, they can grant even more powerful wishes than the regular Dragon Balls and can do an extraordinary amount of evil were they to fall in the wrong hands…

How did Zamasu get the Super Dragon Balls?

What happened when Zamasu wished to swap bodies with Goku

After gathering all of the Super Dragon Balls, all Zamasu had to do was wish for his evil plan to come into fruition. After he summoned Shenron and wished to swap bodies, he found himself opposite his old body with the spirit of Goku.

He then proceeded to kill Goku, along with Goku’s family, before riding off into the sunset to kill many, many more mortals. So his old body was dead, and he was free to leave with his new, much more powerful body.


Thanks for reading!!! Click Here to read more articles about Zamasu and if you'd like to see any of our Character Profiles, please click here. If you have any feedback please feel free to use our contact form.