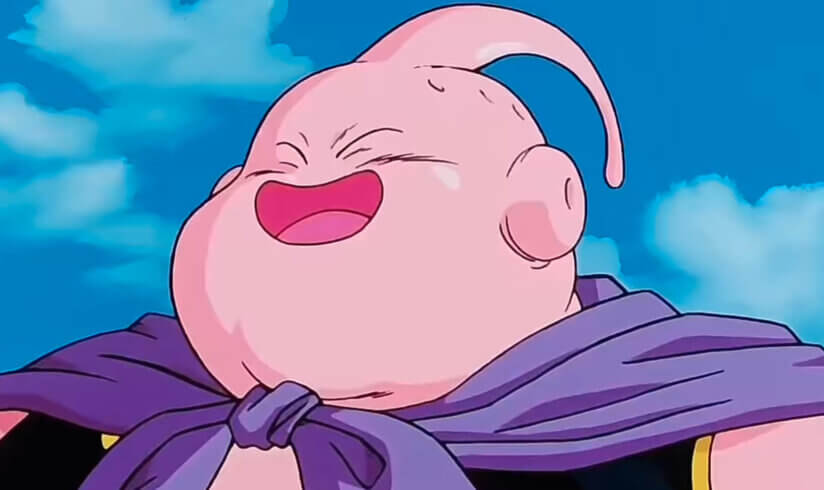 Before we ever saw Majin Buu on our screen’s there was a great mythos surrounding him, with the Elder Kai acting like a massive scardy cat every time Majin Buu’s name is mentioned. But just what is Majin Buu?

Majin is a race of demon entities with Majin Buu being the only one. Akira Toriyama gave Buu the honour of being the final antagonist in Dragon Ball Z.

Majin Buu existed in several forms, each with a different personality and appearance. However, all these creatures were pink, with an antenna on the head and several pores on the arms, heads, chest, and vertebrae. They have a rubbery body that can regenerate from a wound instantly. They can also separate parts of themselves and control these parts independently.

Buu managed to heal several devastating attacks. He can also absorb other organisms. When his character was first introduced, he was overweight and used to wear gloves, boots, a vest, and a cape.

Majin Buu behaves extremely childishly. He takes joy in fighting and scaring others. When he expels evil inside of him, Buu becomes taller and skinner.

This version of Buu absorbs the fat one and turns into a muscular version of himself, calling himself Super Buu. And then when he expels Fat Buu he turns into a Kid Buu.

He wasn’t created by Bibidi.

Toriyama revealed that Buu is much older then we may think. He existed since time immemorial. Call him the ancient being who lived in a perpetual cycle of havoc on the universe.

So it’s clear that Buu wasn’t created by Evil wizard Bibidi. In fact, he took the opportunity to seal Buu in a ball until his clone Babidi freed millions of years later.
Frieza’s father was afraid of Buu.

Buu’s reputation as the destroyer of the world was widespread.

When Sorbet reveals to Frieza that Goku was able to defeat Buu, it catches Freiza’s attention. It is then remarked that Freiza’s father warned him never to challenge Majin Buu and Beerus.

He absorbed half the fricken cast.

Buu absorbed Vegito, Gohan, Gotenks, Kais and Piccolo before Vegito went inside his body and snatched them back.

Due to his Majin Body he is able to absorb all these fighters and store them safely while using their power. But just because Buu can do this doesn’t mean he should of!

Goku killed him with a spirit bomb.

Spirit Bomb is one of the most powerful attacks in Dragon Ball. Goku learned this attack from King Kai in the Saiyan Saga. Buu was the only character this attacked actually killed though, as Frieza somehow survived it.

Goku used a spirit bomb against Freiza and Vegeta, but they managed to survive it every time.

In Buu’s case, Goku uses a Super spirit bomb. It pulls powers from the living beings (who willingly share the energy). Hence it’s powerful enough to actually kill him.


Thanks for reading!!! Click Here to read more articles about Majin Buu and if you'd like to see any of our Character Profiles, please click here. If you have any feedback please feel free to use our contact form. 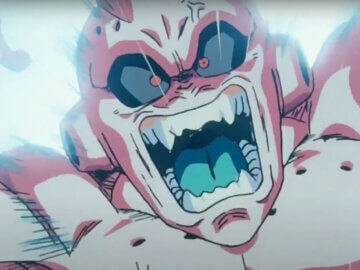