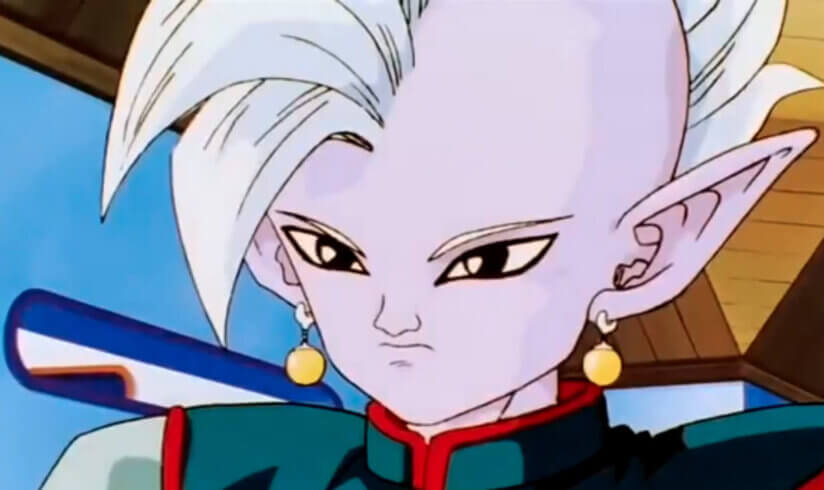 The World Martial Arts tournament brings all sorts of wild and wacky characters out of the woodwork for our favourite Z warriors to fight. And during the 25th World Martial Arts Tournament in Dragon Ball Z, a mysterious man known as Shin/ Supreme Kai, who would help the gang with the threat of Majin Buu, made an appearance. But when Piccolo tried to sense his energy, he couldn’t, which led everyone at home and the Z fighters all wondering how strong is Supreme Kai?

Supreme Kai’s strength is between Super Saiyan 1 and Super Saiyan 2. He could beat Frieza easily but would have trouble facing Cell or Dabura by himself. He’s estimated to have a power level of around 200 million.

One of the reasons it’s hard to assess Shin’s power level was because he doesn’t use regular Ki; he uses God Ki due to being part of the ‘Core Race’. And God Ki can’t be sensed by ordinary mortals who aren’t trained in sensing it.

So it appeared that Supreme Kai had a power level of 1, but Piccolo felt he was probably a lot stronger. Piccolo also refused to fight him because he knew of his rank, being the Supreme Kai of the universe.

What is Supreme Kai’s Power Level?

Power Levels were pretty much retired after the Frieza Saga, as no one used Scouters anymore, so we didn’t get any official readings. We know that Goku had a power level of 150 million as a Super Saiyan, and Super Saiyan 2 is around double that at 300 million.

So Supreme Kai probably has a power level in that range. We think his power level would be around 200 million, which makes him stronger than Frieza and a Super Saiyan, but he would struggle to beat someone like Cell, who a Super Saiyan 2 can beat.

Working out how strong Supreme Kai is.

From Dragon Ball Z, Supreme Kai bragged that he would have been able to beat Frieza in a single blow. We know Frieza has a power level of 120 million so Supreme Kai must be a lot stronger than him to be able to defeat him so easily.

We also know that Supreme Kai wasn’t confident that he could beat someone like Dabura. Dabura was said to be at the level of Cell, so we know Supreme Kai is weaker than Cell and by extension, a Super Saiyan 2.

Although Supreme Kai was an extremely strong character, he wasn’t at the top tier of characters during the Buu saga and was weaker than the likes of Dabura, Buu, Gohan, Vegeta, Goku and Gotenks.

But that didn’t really matter as he helped a lot in a supportive role, gave the team invaluable information on Majin Buu and helped trained Gohan into the beast known as Ultimate Gohan.


Thanks for reading!!! Click Here to read more articles about Supreme Kai and if you'd like to see any of our Character Profiles, please click here. If you have any feedback please feel free to use our contact form.