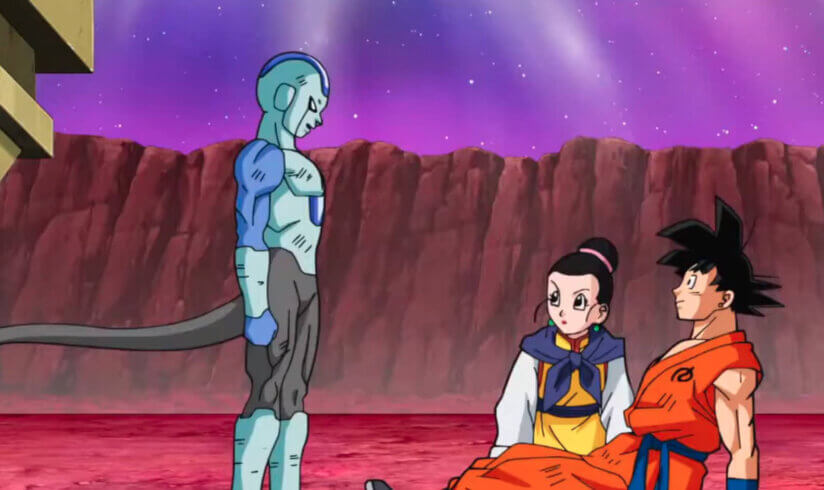 How Did Frost Beat Goku?

One of the more exciting things about discovering parallel universes in the Dragon Ball Universe was Frieza’s counterpart Frost. At first, the audience thought that Frieza was the evil twin, and Frost was the good twin, but first appearances can be deceptive… but really biggest question on everyone lips is if Goku can beat Frieza with no problem, how did Frost beat Goku?

Frost had a poison needle in his wrist that stunned enemies. He uses this trick to disable Goku and eliminate him from the tournament.

During Universe 6 Saga, Beeru’s team of warriors had to go up against Botamo, Cabba, Frost, Auta Magetta, and Hit. Goku was chosen to fight first, facing Botamo who he defeated relatively easily. Up next was Frost.
Frost was originally perceived as an altruistic hero, but he was as devious as his lookalike Frieza. He had an illegal poisonous weapon hidden on his body, which he used to knock Goku out. As a result, Goku never got the chance to use his powers. Frost was later disqualified when he used the same trick to fight against Piccolo, but he was allowed to fight Vegeta, who defeated him in a snap!

Frost returns in the Tournament of Power.

Frost returned in the Tournament of Power as a fighter for the Universe 6 Team. He fought some members of the Universe 7 Team but didn’t meet Goku, probably because Goku was busy battling someone else on the ring. Some believe Frost avoided Goku on purpose. He focused on eliminating weaker opponents and fought the heroes like Gohan and Master Roshi.

After Jaco closely watches Frost, it is revealed that he has been using the poisoning tool on his opponents. He is not the saviour he pretends to be, and he sets up an attack on the planets he saved. After being disqualified in his match with Piccolo, Vegeta challenges Frost in a fair fight and beats him easy peasy.
Beerus petitions to let Goku back into the tournament after finding out the truth about Frost. This evil-minded villain does not stop here. He tries to steal the prize of the tournament but doesn’t get far with several God’s of Destructions nearby.

Frost is one of the members of the Frieza race and the emperor of Universe 6. He reveals himself as a space pirate (like our Frieza) and becomes a wanted fugitive. He is not only extraordinarily cunning and deceptive but also a dirty fighter.
He bears a heavy resemblance to the first form of Frieza. No wonder Goku and Vegeta believed that he is actually is Frieza. The two differ, however. He has blue skin while his head and torso are pale-blue. He also has round and smooth ears. He dons guards on his shoulders and hips.

To be honest, we think that Frost was unfairly disqualified from the tournament. Weapons have long been a part of the Dragon Ball Universe, from Goku’s Power Pole to Future Trunks’ Sword. Master Roshi even got to use his evil containment wave during the Tournament of Power, which involved a little pot to keep his victims. So how can Master Roshi is allowed his toy, but Frost isn’t. #frostdidnothingwrong


Thanks for reading!!! Click Here to read more articles about Frost and if you'd like to see any of our Character Profiles, please click here. If you have any feedback please feel free to use our contact form.