Why does Gohan wear glasses?

It’s no secret that Gohan is a massive bookworm. Throughout most his life Chi-Chi has made sure Gohan cracks the book, as well as cracking his knuckles.

He didn’t need glasses as a child or teenager, but as an adult we see him wearing glasses in Dragon Ball Z: Ressurection F, which he proceeds just to take off to fight with no adverse consequences.

This makes us wonder why does Gohan wear glasses?

Gohan wears glasses the same reason anyone wear’s glasses. So they can see clearer. While Gohan might need glasses to read letters on a sign, he doesn’t need them to fight someone.

There should be no great mystery here as some people need glasses but it seems many an online forum have asked questions like this.

While it’s common glasses wearers often get them as kids, it’s not unusual for adults to all of a sudden need glasses (Like me!). Especially considering that Gohan is an academic.

While someone with a different job might not need glasses for slight short-sightedness, a professor is probably a job where you will notice any problems in your sight quite quickly.

Heck, if Goku needed glasses, would he ever be able to tell? Can Goku even read?

Why did the writers make Gohan have glasses?

While it makes sense for Gohan to wear glasses in-universe no one would have moaned if Gohan didn’t wear glasses.

Clearly, the creators wanted to reinforce Gohan’s nerdy side for the audience. We know that Gohan doesn’t keep up his training, and this is just a visual trope to remind us.

It also builds tension for when Gohan eventually does power up to fight, as it’s a more dramatic transformation from a nerd with glasses, to one of the most powerful fighters in the universe.

Gohan’s character arc in Dragon Ball Super is him regaining his eye of the tiger, and getting back into fighting shape to protect his friends and family.

So although not the cleverest or most sophisticated way of demonstrating this, you can’t argue that glasses make Gohan look like a bit of a weak nerd. Job done.

While there is a bizarre trend that has developed where people will wear glasses with no prescription lenses, there’s no evidence Gohan is doing this.

Gohan is in his early twenties with a wife and kid, and so doesn’t need to impress the barista’s at his local Starbucks with his fake glasses.

Why can Gohan fight without glasses if he needs them?

Unless a fight involved reading information on your opponent’s forehead, then you probably don’t need glasses to fight.

We can assume Gohan only has low-level blindness and so should be able to throw punches at a short distance.

We also know that Gohan can fight while blind, as he did while fighting Lavender.

Being able to sense Ki is infinitely more useful than seeing in a fight, so a little blindness isn’t going to have any meaningful impact on Gohan.

With or without glasses, there’s no denying that Gohan is a certified badass when he puts his mind to it. Many people lament the path Gohan has chosen, as he could have been stronger than both Goku and Vegeta But at the end of the day you should be happy for Gohan, as he is following his passion, which is reading a shed load of books. And when you read as many books as Gohan does, glasses are probably a good thing to have. 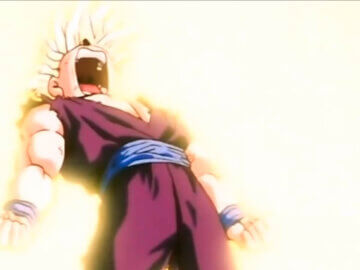 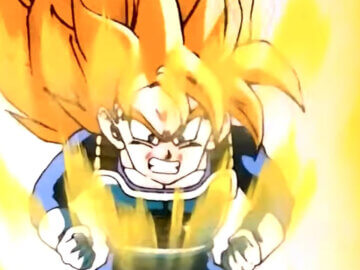 When does Gohan go Super Saiyan?
Why is Gohan so weak? 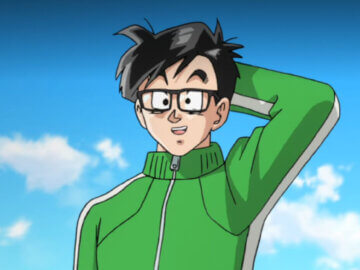 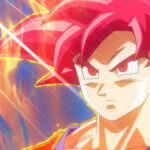