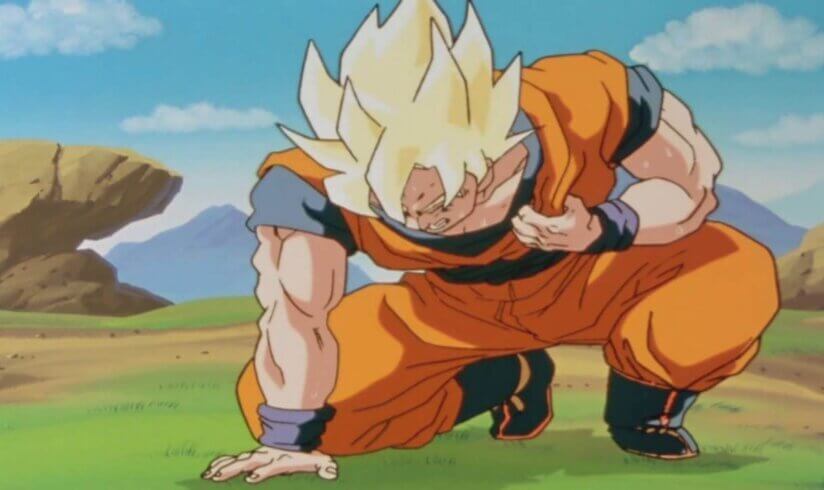 How did Goku get the heart virus?

One of the more shocking and disturbing things that Future Trunk told Goku was that in the future, Goku was dead! But Goku didn’t die nobly in battle, but was killed by a stinkin’ heart virus! How could a virus threaten to kill such a mighty warrior, and how did Goku get the heart virus in the first place?

It never officially states where Goku got the heart virus, but fans have speculated that Goku may have got it from the forest during his childhood, his travels to the planet Yadrat or Dr Gero infected him.

Who gave Goku the heart virus?

Sadly, it is never stated how Goku got the heart virus, and it doesn’t look like the subject will ever be revisited. Toriyama likely didn’t think about it too much, and just wanted a plot device to give Future Trunks more credibility.

Theory 1 – Goku got the heart virus from Yadrat

If Goku were to see a doctor about his heart virus, a common question he might be asked is have you travelled anywhere recently.

To which of course Goku would say he’s been millions of light-years away on the alien planet Yadrat! A new planet with a new ecosystem that Saiyan’s have never encountered before could pose a serious risk for Goku.

It should be noted no other Z fighters got the virus, so either Goku is just extremely unlucky, or he went somewhere no one else did.

It’s never been officially denied before, so we think the Yadrat theory is very plausible.

Some would argue that because Future Trunks had a cure it couldn’t have come from Yadrat, but it’s possible that Goku bought the virus to earth, spread it, died and this prompted a cure to be made.

Theory 2 – Goku got the heart virus from the forests

Goku didn’t have a typical earthling childhood. Up until he was 12 years old he’d never seen another human apart from his foster dad Gohan.

Goku lived a Tarzan like existence just roaming with the dinosaurs and tigers in the forest where he lived.

Just like in real life, the jungles/forests are breeding grounds for all sorts of weird bacteria and fungus. It’s possible Goku contracting something in the forest from something he ate, and it lay dormant in his body.

We know that Goku turning Super Saiyan makes his condition worse so maybe that was the trigger to turn it into a full-blown heart attack.

Fan Theory 3 – Dr Gero created it in his lab and spread it using his mechanical flies.

There’s no denying that Dr Gero absolutely hates Goku. It’s also true that Dr Gero is a genius and could probably put together some kind of poison/virus that’d be able to kill a man.

So it seems quite plausible that he created the heart virus and used the flies to give it to Goku.

A few other people could have been caught in the crossfire, which is why Future Trunks has a cure for it in his time.

This could also explain why Goku got the virus six months later than Future Trunks predicted because Goku changed his location to train and it took longer for the flies to track him down.

Fan Theory 4 – Goku got the heart virus from the Namek

Yadrat wasn’t the only planet that Goku visited that year.

Goku, Vegeta, Krillin, Bulma and Piccolo were all on Namek together fighting Frieza and his goons.

But maybe Goku contracted the virus on Namek and bought it back to earth? It’s possible only he was infected, and his Super Saiyan cells activated the virus and caused it to spread to earth.

This theory isn’t very popular as it begs the question why didn’t the others get the virus, as Vegeta became Super Saiyan eventually so you’d think he might get the virus as well if he is around Goku.

The closest thing to Goku’s Heart Virus in real life is something called Myocarditis.

This is an inflammation of the heart muscle, though most people are able to recover from it.

Goku matches quite a few of the symptoms such as stabbing chest pain, shortness of breath, difficulty breathing and fatigue.

There are many causes of this, including viral, bacterial, fungal, chest infection or autoimmune disease.

To be honest, these causes could support any of the theories. But it’s interesting to see how Dragon Ball Z is at least based a little bit in reality.

We don’t know how Goku got the virus, but we sure are glad that Future Trunks was able to give him the cure. It’s very interesting to think about what would have happened if he had survived in the first timeline. Maybe he’d have been able to kill the future Android 17 and 18, which would mean the rest of the Z fighters never died.