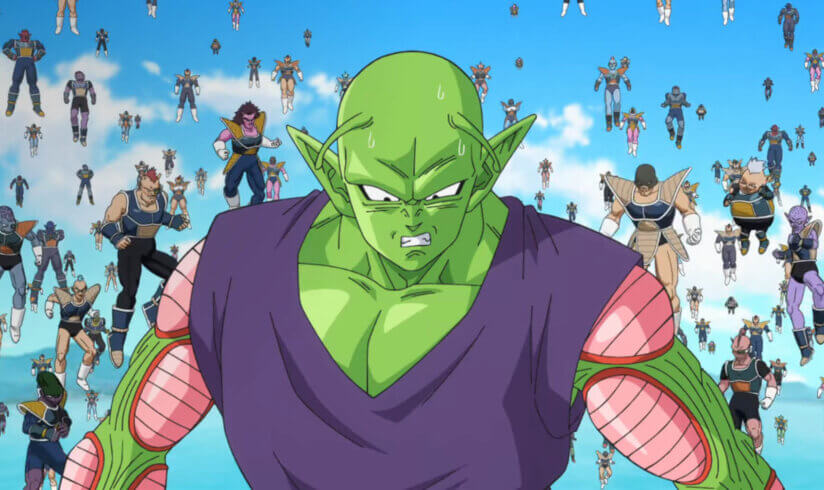 Why is Piccolo so weak?

Piccolo is yet another enemy turned friend for the Z fighters. When he was enemies with Goku, he gave him some good fights but was ultimately overpowered. When he teamed up with Goku, he helped him a little bit but ultimately was too weak to help with the supervillains like Cell or Buu. However, Piccolo is known to be a very dedicated and disciplined martial artist, so why is Piccolo so weak?

Piccolo is weak because he part of a weaker race, Namekians. The race doesn’t have any transformations, unlike Saiyans. Piccolo also gave up trying to be the strongest and now mentors other fighters.

Piccolo, who’s real name is Piccolo Jr, is the son/reincarnation of the Demon King Piccolo.

He fought and lost to Goku in the World Martial Arts tournament but initially teamed up with Goku to fight the Saiyan invasion.

Since forming a close friendship with Goku’s son Gohan, Piccolo has always been on Goku’s side and helped him fight Frieza, Cell, Majin Buu and was one of the ten during the Tournament of Power in Dragon Ball Super.

What are Piccolo’s Powers?

Piccolo has a number of cool abilities that helps him in battles.

For starters, he has amazing sight and hearing and was even able to earwig on Future Trunks talking to Goku from a really far distance.

He can regenerate any limbs that he loses, but it takes a lot of energy.

He also has elastic limbs and can stretch out his arms to grab opponents.

Piccolo developed one of the strongest techniques in Dragon Ball with his Special Beam Cannon, capable of taking out enemies a lot stronger than he is.

An added ability of the Namekian race is that they can merge together, combing power levels. He merged with the warrior, Nail, to give him a boost before fighting Frieza. But Piccolo’s greatest power is probably his mind.

He has an extremely high fight IQ, is often is able to outsmart his enemies and give his friends tactical advice during battles.

Namekians are a weak race.

I feel bad trashing a whole race from an alien planet, but Namekians just aren’t that strong.

Whilst they are definitely stronger than humans, they have an average power level of 1000, which is far below the average of Saiyans.

They also don’t have any cool transformations like Super Saiyan or Golden Frieza.

The other interesting thing about Namekians is that they are generally a peaceful race and so don’t have that much interest in fighting.

While they do have a warrior class, like an army, they also like to focus on other pursuits such as Dragon Balls, arboristry and healing. So unluckily for Piccolo, there is a limit to his power.

Another argument why Piccolo is so weak is because he doesn’t like to be trained. Goku, for example, loves it and loves training with people stronger than him to learn new techniques.

Piccolo, on the other hand, is a bit of a nomad and loves training in the mountains by himself.

Imagine if Piccolo learned Kaioken or instant transmission. Piccolo could have trained with Whis and maybe learnt Ultra Instinct.

But instead, Piccolo keeps to himself and acts as a mentor to younger fighters.

This is still a valuable role as he made Gohan into a warrior and prepared Goten and Trunks for their fight with Majin Buu.

Piccolo is only young.

Another possible reason why Piccolo is so weak is that he is so young.

He was only about 3 when he helps Goku fight Raditz but looks like a fully grown man.

While it’s true that Namekians become fully matured a lot sooner than Human’s, this also means that Piccolo hasn’t spent that much time studying martial arts.

If he spent 15 years under the tutelage of King Kai, then he’d definitely be stronger than Goku was at 18, and maybe that would have been the motivation needed for Piccolo to stay on top.

For a while, Piccolo was a simple man with a dream of world domination.

He tried it once, lost to Goku and went to his mountains to stew for a few years.

Then becoming friends with Gohan made him give up on his dream of world domination, and he seemed happy to fight alongside Goku.

But after Gohan turned Super Saiyan 2, Piccolo seemed to give up training seriously as well. He knew he’d never be as strong as those Saiyans.

He instead decided to focus on helping other, more gifted warriors out.

He only came out of retirement for the Tournament of Power when the whole universe was at stake.

Piccolo was separated from Kami

A big reason why Piccolo was weak in the beginning was that he was only half of a person.

It’s revealed that Kami and Piccolo used to be the same person, but Kami needed to get rid of his evil side to be the guardian of the Earth.

It’s said that he used to be stronger than a Super Saiyan, and this was definitely shown after Piccolo absorbed Kami and was able to take on Imperfect Cell during the Android/Cell Saga.

Maybe if Piccolo was training from day 1 with Kami, he’d have become so much stronger than he currently is, who knows.

Why is Piccolo so weak? – Final Thoughts.

This question is a bit unfair to Piccolo. For a long time, he was a serious fighter and even went toe-to-toe with the likes of Frieza and Cell.

But the sad thing about Dragon Ball is that they tend to leave certain, once powerful, characters behind and don’t keep them current with Goku.

Piccolo is just another in a long list of people who used to give Goku a run for his money but now are part of his cheerleaders, like Krillin and Yamcha.

I’m very happy we got to see him in the Tournament of Power and that he started retraining to regain some of that lost power.

Here’s hoping for a Super Namekian transformation, or perhaps he can merge with another Namekian to power up. 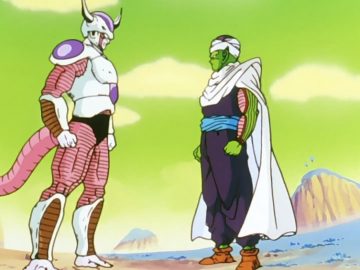 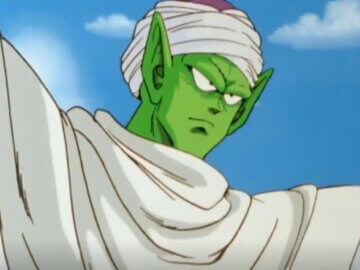