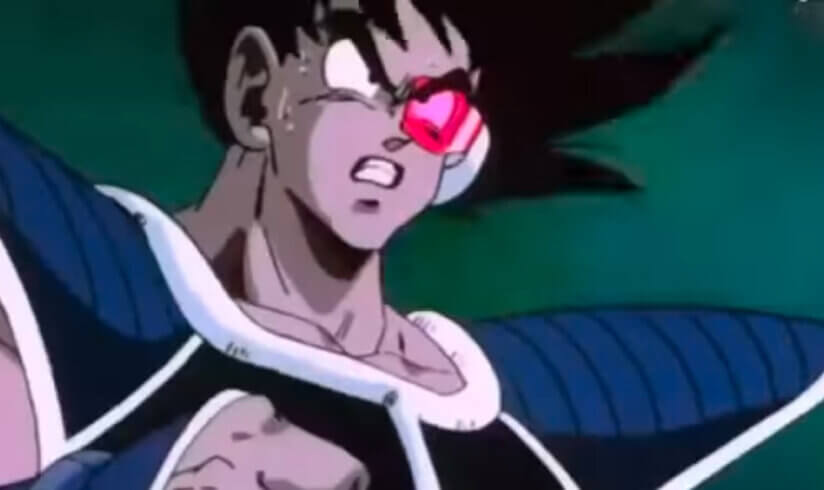 When Goku Black came into our screens and our lives during the Future Trunks Saga, we thought we saw double. Two Goku’s?!?! But that turned out to be Goku from another dimension body swapped with a Kai.

But this was not the first time Dragon Ball had used this concept of giving Goku a body double!

In fact, all the way back in 1990 in the film Dragon Ball Z: The Tree of Might introduced a chap named Turles who looked pretty much identical to Goku leaving confused viewers everywhere to ask Why does Turles look like Goku?

Turles says he looks like Goku because they are both low-class warriors, and it’s highly likely they are related.

Turles is just another space pirate Saiyan who was part of the Frieza Force. He wasn’t on planet Vegeta when it blew up, so was one of the last remaining Saiyans alive.

Turles then got a taste for fruit from the tree of might, and fancied himself a mini-Freiza so would go around attacking planets. He’d generally do whatever space pirates do until one day he’d meet our pal Son Goku.

I don’t want to spoil the ending, but there is a fight between him and Goku … and Goku wins.

It’s safe to say Turles is definitely not stronger than Goku.

When Gohan first meets Turles on earth, he is baffled about why this stranger from outer space looks like Gohan.

So if Goku’s child thinks they look similar, they must do. Turles actually answers this question in the show and says that low-class Saiyans all look quite similar.

This theory has some precedence as Goku, Turles, Goten, Bardock and Raditz all looked pretty similar. However, claiming every single Saiyan who can’t fight very well looks the same is absolutely ridiculous.

Perhaps Turles was trolling everyone, making him one of the first trolls ever in 1990!

The logic doesn’t really make sense as to why Turles and Goku would look identical, but from a story perspective, it does.

Goku and Turles are shown to be complete opposites in their personality. Goku is pure of spirit and kind-hearted, while in contrast, Turles is rotten to the bone, extraordinarily selfish and lazy.

This could also be a glimpse of how Goku could have turned out if he handed knocked his head as a child.

Is Turles related to Goku?

Although nowhere officially states this theory, besides this movie isn’t even canon, so who cares, it’s safe to assume Goku and Turles are probably related.

They could be cousins or half-brothers, or he could even be Goku’s Uncle.

There’s no way two living organisms could look identical and not be related, so there is definitely a shared genealogy, but we just don’t know what it is.

We had no idea who this mysterious Goku clone was, and a reasonable theory of the time was that it was Turles being bought into canon.

Broly later made it from non-canon to canon with the Dragon Ball Super Broly movie, meaning this theory had sound logic.

But sadly no, Turles was not Goku Black despite looking exactly like him.

So, please, let us have a moment of silence for Turles. He only made one brief appearance in a non-canon movie, but we will remember him forever as the man who looked identical to Goku but wasn’t Goku. RIP.