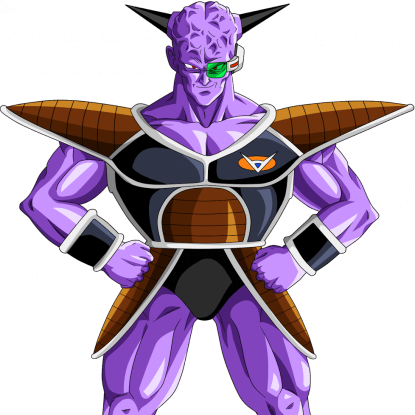 
Who is Captain Ginyu?

There are not many warriors who strike fear in the heart of the mighty Vegeta, but Captain Ginyu is such a warrior. There was a time when he was Frieza’s number 1 henchman and leader of the famed Ginyu Force, the most powerful squad in the Universe.

When Captain Ginyu isn’t fighting, then he loves nothing more than practising his glorious battle poses. To quote the man himself, “A Ginyu must be able to showcase his grandeur and fabulous strength in a variety of poses.”

Captain Ginyu also possesses a special ability to body swap with any other mortal who gets in the way of his body swap beam. He was crafty enough to body swap with Goku and then Bulma but ultimately wasn’t able to hang on to these bodies. The interesting thing about Captain Ginyu is that we don’t know if that was his original body or whether Ginyu simply stole the body of the most powerful warrior he could find!