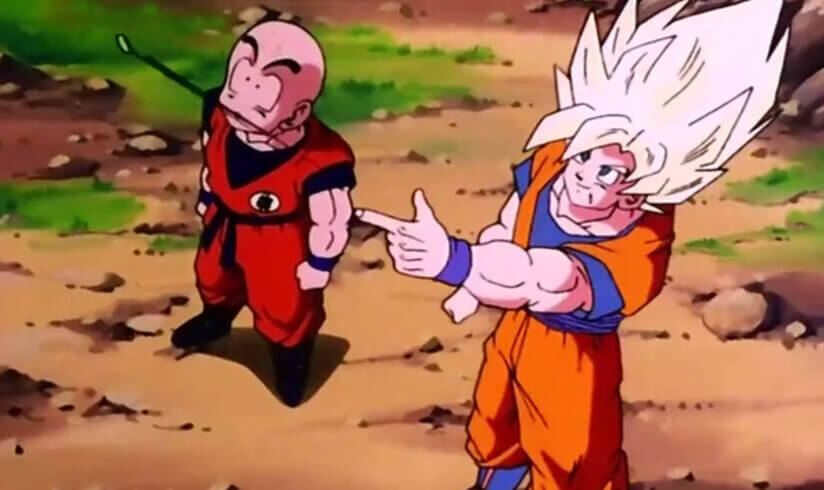 Why did Goku give Cell a Senzu bean?

With the fate of the Earth and everyone Goku knows and loves at state, what better time to help out the serial killing maniac? One of the more memorable and jarring moments of the Cell saga was Goku helping out Cell by giving him a Senzu bean to restore his health and stamina, which ultimately lead to Goku’s death. With Gohan about to take on Cell, why did Goku give Cell a Senzu bean?

Goku gives Cell a Senzu bean because he knew how powerful Gohan was, and how easily Gohan would be able to beat him. He wanted to push Gohan to be as strong as possible, so wanted Cell to be at full strength.

Goku was the only one to witness Gohan’s real power.

While Vegeta and co may have been shocked by this spontaneous act of generosity if they’d seen what Goku saw maybe they’d be as hubristic.

The hyperbolic time chamber allows the two entrants to spent a year in there, but it only a day passes for the rest of the world. A convenient place if you need to train for an upcoming tournament with little time.

Goku and Gohan spent a year there preparing together, and this is where Goku saw glimpses of Gohan’s mega power and massive potential.

If you saw your son was able to achieve a power far greater then the enemy perhaps you’d be as arrogant and proud as well.

Saiyan’s believe to be the best; you need to beat the best.

There was a big foreshadowing of this event when Vegeta allowed the creation of Perfect Cell to begin with. Even though Vegeta could have finished of Semi-Perfect Cell, he allowed him to absorb the final Android to achieve his ultimate state.

So as surprising as this event was, it’s entirely in line with everything we know about Saiyans.

But when Vegeta did this it was because he believed in himself, he didn’t power up the opposition for someone else to face. So why did Goku extend his foolish Saiyan pride to his son?

Goku is a bit of a fool of a took.

But so what if Gohan was stronger than Cell? Did this mean Goku had to actively help him? Let’s not forget the probably thousands of people Cell had killed to get to this point. With serial killing Dr Gero creations, it’s perhaps best to air on the side of caution.

But this isn’t the first stupid thing Goku has done, and it wouldn’t be the last as Goky seems to get dumber and dumberer as the series goes on. So we could chalk this up to nothing more than Goku being Goku, and not appreciating the consequences of his actions.

And it very almost failed as well, were it not for one over 9000 level father-son Kamehameha.

All’s well that ends well, and Goku dying from an exploding Cell was the best thing that could have happened to him. Through this, he got to achieve SSJ3, which ultimately helped him beat Kid Buu. But if you asked King Kai if Goku should have given Cell a Senzu bean, the answer would be a resounding no. Whether you agree with Goku or not, it’s not hard to see why he gave Cell the Senzu Bean.